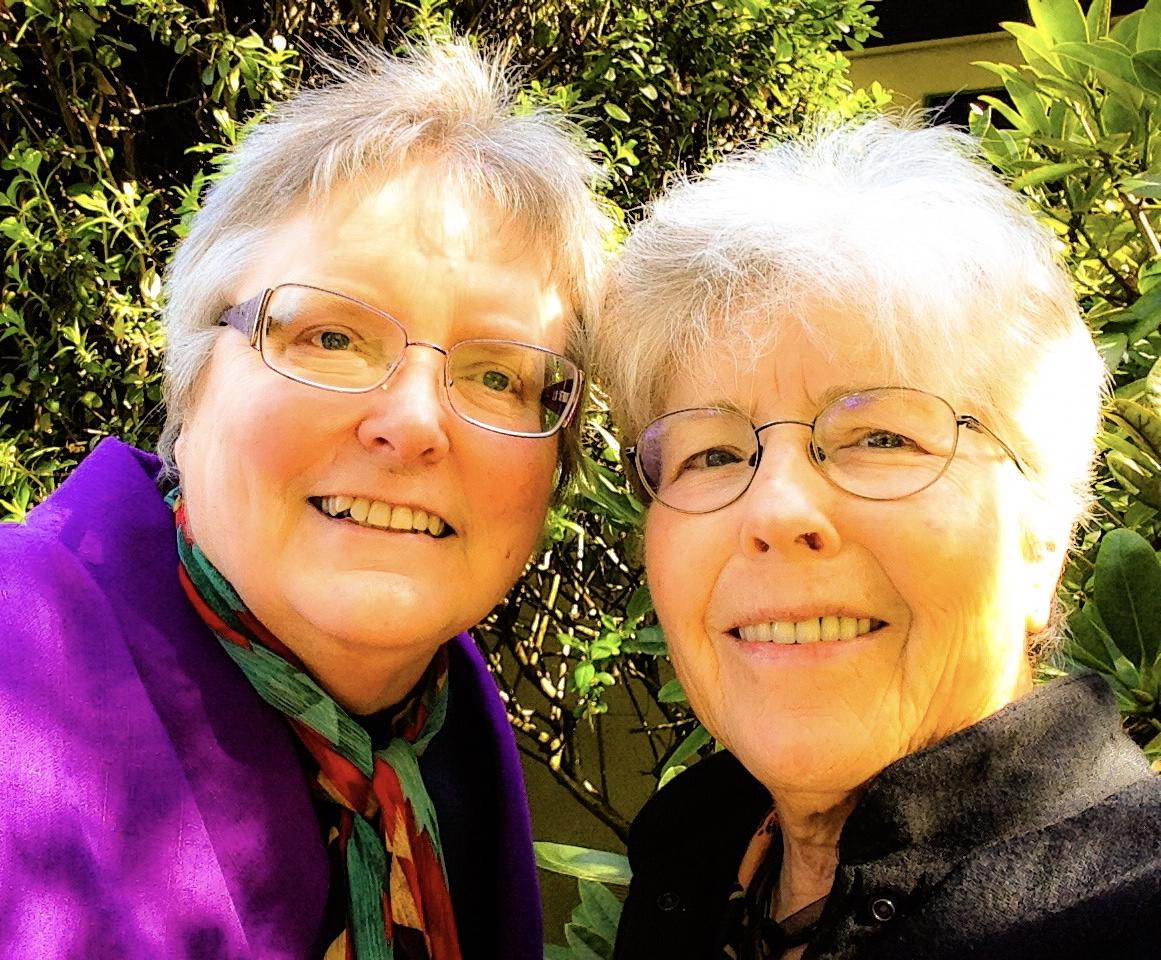 Carolyn and Mona Harvey will celebrate 35 years together this   coming March, legally married since 2008!

The couple renovated their 1923 Edwardian house over the many years they lived in San Francisco, before selling it two years ago to be closer to family in Arroyo Grande and in anticipation of becoming residents of Villaggio.

Carolyn is a retired podiatrist who had a private practice as well as taught at the podiatric medical school in San Francisco. She also served as a podiatric medical consultant for several State and Federal prisons. Carolyn graduated UCSB and put in a stint in the Peace Corps in the Philippines.

Mona is a retired journalist and editor who specialized in covering international trade. After graduating Western Washington University, Mona initially worked at small town newspapers in the Pacific Northwest.

The two love books and constantly read aloud together. Music, theatre, movies and nature perk their interest. They are self-taught uke players and are always up for a day trip or a road trip.

Carolyn is a pickleball enthusiast and thrilled there will be courts at Villaggio. She started the pickleball program at Golden Gate Park, which now has over 400 participants.

Mona thrives on photography and digital art. This past November, she became one of the winners of the National Novel Writing Month contest. To win, one must write a 50,000-word first draft in the 30-day time limit.

The Harvey’s are happily anticipating moving to Villaggio. “We’re looking forward to someone else doing the cooking,” Carolyn said. “We have already met some future residents and made wonderful new friends and look forward to making